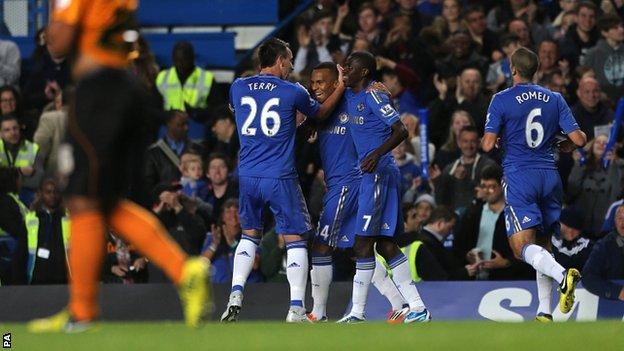 Chelsea produced a ruthless display to thrash Wolves and progress to the fourth round of League Cup on a night when John Terry returned to action.

Three goals in the first 16 minutes set the tone before Oriol Romeu, Fernando Torres and Victor Moses found the net.

Chelsea on the march

Gary Cahill had opened the scoring with a close-range header, before Ryan Bertrand and Juan Mata added to Wolves' misery before half-time.

Terry captained the side despite his ongoing FA disciplinary hearing.