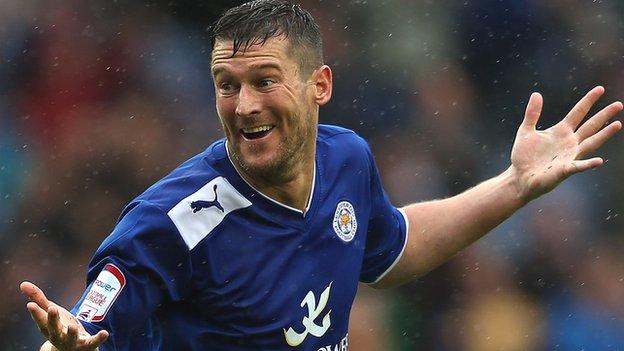 The 27-year-old failed to score in his first seven matches this season but has now notched four in two, including last weekend's hat-trick against Hull.

Pearson told BBC Radio Leicester: "You've got to have faith in the players you believe in.

"David has worked hard and changed his own fortunes."

Nugent, who cost Portsmouth £6m from Preston in 2007, joined the Foxes in July last year.

After a spell of 11 games without a goal, including a run at the end of last season, the forward grabbed his 100th league goal in last Wednesday's victory over Burnley.

"Since he has been back in there he continues to work hard," Pearson continued.

"It is about winning games. Whoever scores the goals is, as far as I'm concerned, irrelevant.

"As far as strikers are concerned, for their own confidence, they need to be getting chances and this week has been a good week for David."