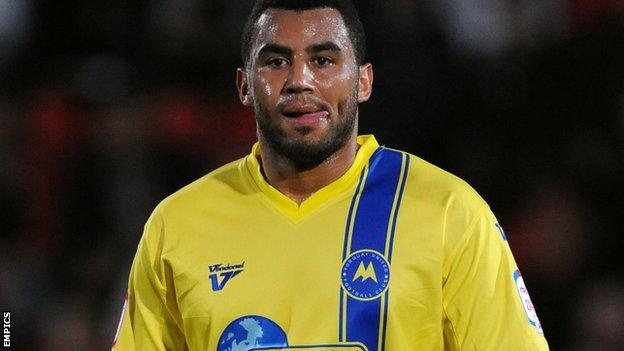 Rene Howe's late winner completed a remarkable turnaround as Torquay fought back to claim a win against Aldershot.

A Craig Reid hat-trick had put the visitors 3-0 up, after he steered home Alex Rodman's free-kick, converted a penalty and struck from close range.

The Gulls began the fightback through Billy Bodin's close-range effort before Ryan Jarvis slid home to make it 3-2.

The Shots looked to be heading for victory when Reid gave them the lead, before he doubled their advantage by scoring a penalty after Joe Oastler fouled Hylton in the box.

But, after Reid completed his hat-trick, the hosts immediately began their fightback through Bodin's shot.

Jarvis pulled Torquay closer before Yeoman grabbed his first goal for Torquay when he levelled from Lee Mansell's cross in the 84th minute.

But there was still time for Howe to score for the seventh time this season to secure the three points in incredible fashion.

"At the moment we're hurting and the players are disappointed on one hand but on the other hand they're really delighted with the response, character, the start of the game and in the the first half we were magnificent.

"In the second half, we got picked off by some good play and switched off for one of the goals and it is a cruel game but it doesn't rest and we have to get on with it.

"This is a tough place to come and we've seen it. The conditions played a big part but we have to roll our sleeves up and stick together."