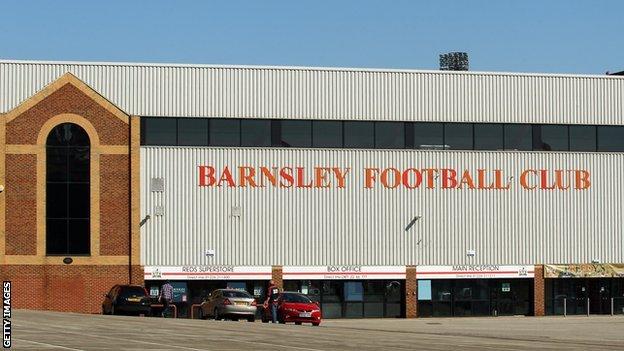 Barnsley have been approached by prospective investors about taking over at the Championship club, general manager Don Rowing has revealed.

The Tykes won 5-0 at Birmingham City on Saturday to move up to 13th in the second tier.

Rowing told BBC Radio Sheffield: "The club have been approached by interested parties but at this stage there has been no offer.

"The ball is in their court now so we will see what happens."

He added: "If someone makes an approach then you have to say that there must be some genuine interest there.

"If people want to inject capital into the club then it is their prerogative to do so, but we have to make sure that they are the right people."

Rowing confirmed he could not name the would-be investors at this stage.

The Oakwell club have been owned by Patrick Cryne since 2004.