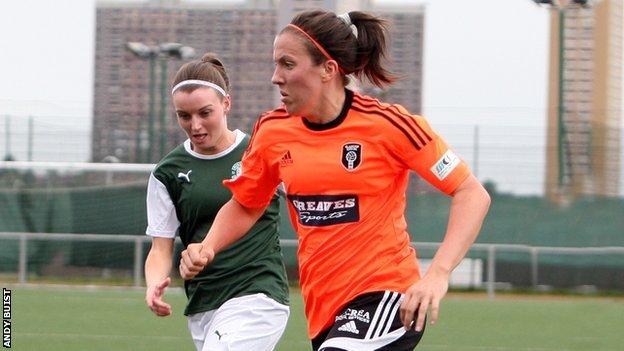 Leanne Crichton and Ruesha Littlejohn struck for the champions before the break, with Danica Dalziel, Emma Mitchell and Nicky Docherty all scoring in the second half.

Hibernian remain nine points behind City after a thumping 8-0 win over Aberdeen, Kirsty Smith and Susan Fairlie both netted twice to keep the capital club in second.

Celtic are a further three points behind after defeating Spartans 3-0.

There were also wins for Hamilton and Hutchison Vale while the game between Kilmarnock and Falkirk was postponed.