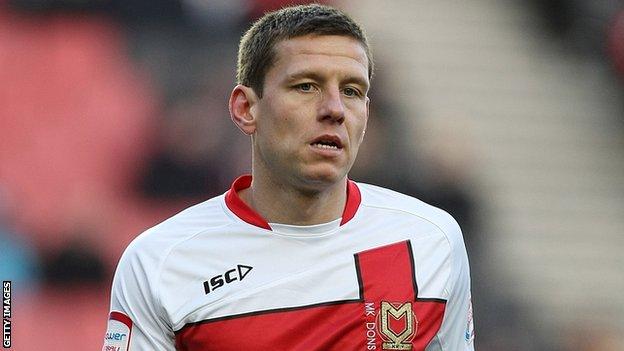 The home side controlled the first half, taking the lead through Charlie MacDonald, who slotted in Dean Bowditch's low cross at the near post.

Bowditch went close to making it 2-0 with a 25-yard drive but saw it tipped wide by Crewe keeper Alan Martin.

Teenage Crewe striker Ryan Colclough, making only his second appearance as a substitute, finished the game with a suspected broken jaw, following a collision with Dons midfielder Darren Potter.