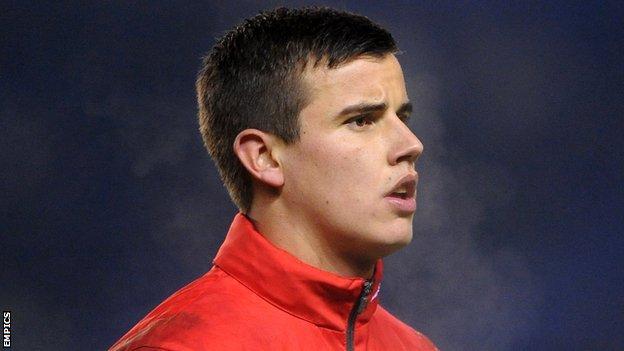 Darlow, 21, who was on Aston Villa's books as a schoolboy before joining the Forest Academy at the age of 16, will act as cover for David Grof while veteran James Walker is out injured.

"With Walker being out injured, he will strengthen us," said boss Dean Smith.

"Karl is a goalkeeper that we have watched a number of times recently and he is very highly rated at Forest."

Darlow made his first Forest appearance on the last day of the 2010-11 season against Crystal Palace at Selhurst Park, coming off the bench.

He spent the final two months of last season out on loan in the Blue Square Bet Premier with Newport County.

And he made his first Forest start a month ago in the League Cup win at Fleetwood.

Subject to the necessary clearance being received, he will be available for Saturday's home clash with Preston North End.