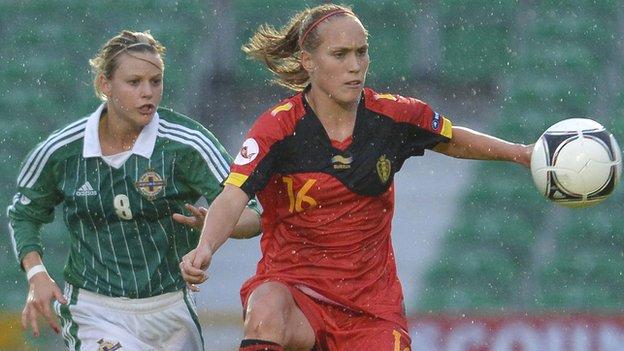 Northern Ireland's women finished fourth in their European Championship qualifying group after this defeat by Belgium at Windsor Park.

Rachel Furness went close for the hosts before Aoife Lennon fired just wide, while Belgium also had chances in a tight first half.

The visitors took control in the second half and Janice Cayman turned and shot past Krystal Parker on 76 minutes.

Aline Zeler blasted in five minutes from time to seal victory for Belgium.

Alfie Wylie's side was also beaten 2-0 by Iceland in a Reykjavik qualifier on Saturday.