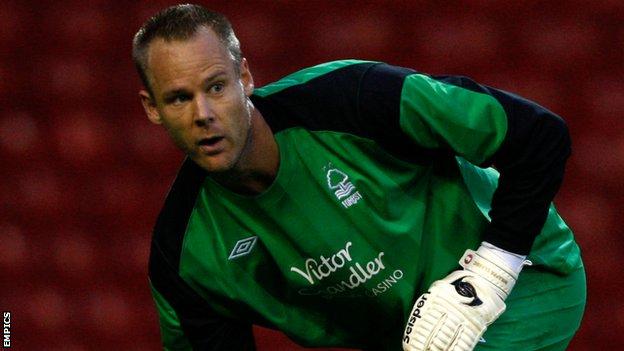 Southend keeper Paul Smith could miss Saturday's game with Exeter after being knocked out and taken to hospital.

The 32-year-old needed nine minutes of treatment on the pitch after a collision with Gillingham striker Deon Burton in Tuesday's 1-0 defeat.

He was sent home after a check-up, having suffered nothing worse than concussion and a neck injury.

Smith's injury meant Southend had to bring on 19-year-old Daniel Bentley for only his second appearance.

The teenager was on the bench because the Shrimpers recently allowed loanee Cameron Belford to return to Bury.

"I saw Paul go down and my first reaction was to go out and warm-up," Bentley told the club's website.

"I am gutted for him as even though it meant I got on the pitch, I wouldn't want it to be in those circumstances."

Southend also lost centre-back Mark Phillips with a groin problem following a challenge by Bradley Dack which resulted in the latter being sent off.

"It was a bad one and we don't know how long he's going to be out," boss Paul Sturrock told BBC Essex.