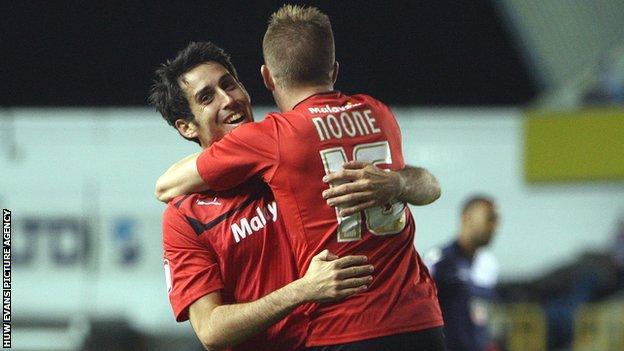 Cardiff City manager Malky Mackay says Peter Whittingham is the best player in the Championship but believes he can go on improving.

The midfielder, 28, has five goals this season after his 20-yard strike helped Cardiff win 2-0 at Championship rivals Millwall on Tuesday.

"I think he's the best player outside the Premiership," Mackay said.

"For him to commit to Cardiff City shows his ambition for the club and the team and the fact that sometimes you're at a club and you know you can still improve.

"He's got people here that will keep improving him and that have trust in him. The trust element's important between him and myself.

"Peter's been exceptional for me since I've been the manager and that's why I've got him to sign a three-year contract."

Cardiff have lost in the Championship play-offs for the past three seasons, but Whittingham has been particularly confident that the newly strengthened Bluebirds squad has the ability and depth to finally win promotion to the top flight.

"He's somewhere where he feels comfortable, he feels as if he's leading group and I will keep pushing him to make him a better player.

"What we're seeing is an all-round player now and long may that continue."

Cardiff's win at Millwall, their first away victory of the campaign, kept them fifth in the Championship table although leaders Blackburn are just a point ahead.

The Bluebirds now travel to Crystal Palace on Saturday seeking to double their success on the road.