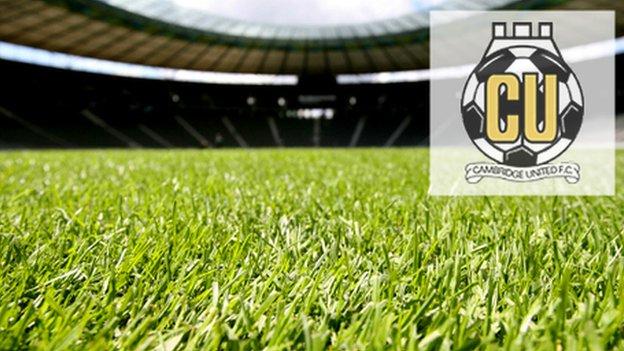 The move was agreed after the 19-year-old accepted a new three-year contract with the League One club.

"I'm just hoping to go there, get some first-team games under my belt and score some goals for Cambridge," he told the Stevenage website.

"It's a good chance for me to play some football and if it can go as well as my other loan moves I'll be happy."

Thalassitis has yet to start a first-team game for Stevenage but has made seven appearances as a substitute.

"It's the first club that I have been at professionally and I really enjoy it here," the teenager said.

He had spells on loan at Boreham Wood and Hayes & Yeading last season and is a youth international for Cyprus.

If the move to Cambridge is approved by the Football Conference, Thalassitis could feature in the squad for the game at Hereford on Saturday.