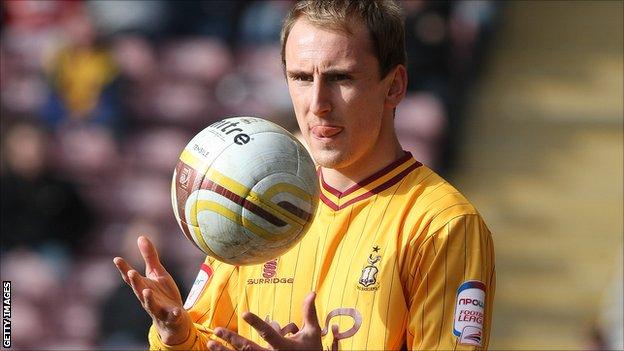 United have not revealed the length of the 24-year-old's deal.

O'Brien played 149 games for Bradford City, where he came through the youth ranks, and joined Exeter in January, but left the Grecians this summer.

"He is a player we have seen a number of times over the years and he has always impressed," said U's manager Chris Wilder.

The U's sent McGinty back to Manchester United after two cup appearances.

O'Brien signed before the 12:00 BST deadline so is eligible to play at Burton Albion on Saturday, subject to clearance from the Football League and Football Association.