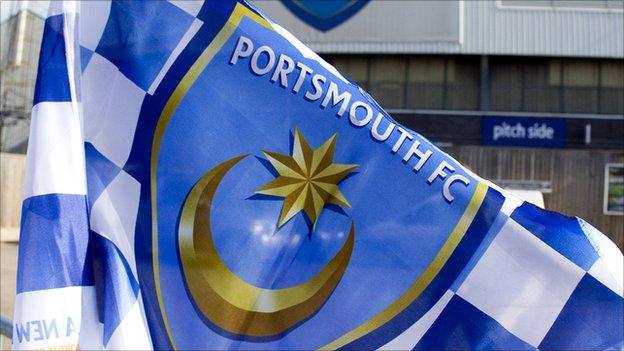 The rivals for the League One side had been given a deadline of 14 September.

Administrators PKF say they will now assess the bids over the weekend.

"Significant progress has been made over the past two weeks," said joint administrator Trevor Birch, who thinks the parties can conclude a deal.

Portpin and the PST had been given more time to finalise their bids because Birch felt he was unable to decide between them.

"Both Portpin and PST are continuing to work with the Football League - which must agree that they can take ownership of Portsmouth Football Club - and the Professional Footballers' Association, which represents the players owed money by the club," added Birch.

"Once the bidders reach agreement with the League, and the remaining contractual aspects of the transaction have been agreed, we will be in a position to finalise a sale.

"Our discussions with both Portpin and the PST suggest that both parties are capable of concluding a deal.

"As a result of these factors, we believe it is in the best interests of creditors to allow the interested parties a further short period of time to conclude a sale."

Portsmouth, who are around £61m in debt, have been in administration since February, following the collapse of parent company Convers Sports Initiatives.

The PST and Portpin have both had a Company Voluntary Arrangement of two pence in the pound agreed by unsecured creditors of the club.

Chainrai himself is owed £17m by the club and holds Fratton Park as security, but the PST has offered him £2.75m to relinquish his hold on Pompey.

Former Portsmouth owner Sulaiman Al Fahim has also expressed his interest in the club, but PKF are yet to see proof of funds.