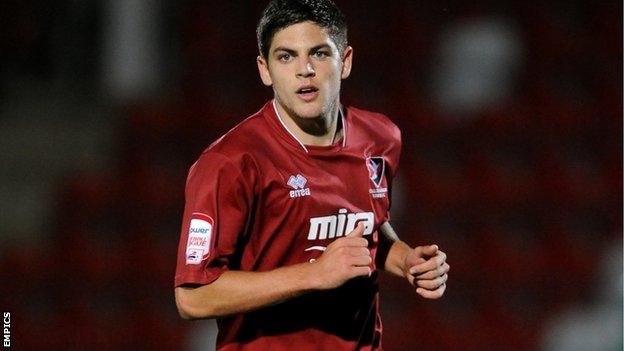 The 21-year-old, who has played 60 matches for Town, was transfer-listed at the end of last season, during which time he was on at loan at Mansfield.

"He is still very much a big part of our club but he needs to be playing and Cambridge can give him that."

Andrew began his career in East Anglia with Peterborough United where he made two first-team appearances before moving on to Cheltenham in 2010.

He said he hoped the switch to Cambridge would provide him with more first-team experience.

"I know from its history that Cambridge United is a good club. Hopefully I can come here and add something to the squad," he added.

"Hopefully I can make a bit of an impact and help the club push on, keep some clean sheets and start to climb back up the table."