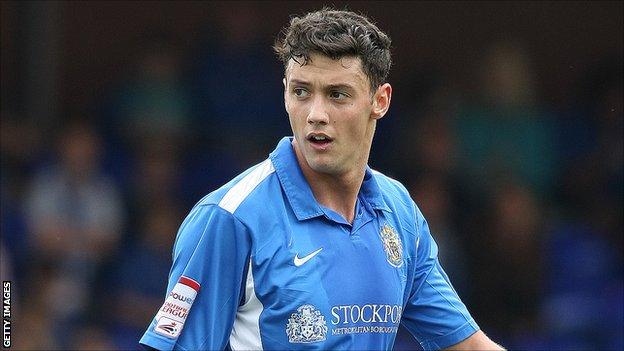 Matty Mainwaring has rejoined Stockport County on non-contract terms, less than a year after being released by the Blue Square Bet Premier club.

The 22-year-old was brought back for a loan spell by Jim Gannon last season and has been training with the Hatters since leaving Hull in the summer.

"I contacted Jim about coming in, training and keeping ticking over," Mainwaring told the club website.

"We had a chat and I've signed on a non-contract basis while I'm in between clubs, but obviously I want to play a part."