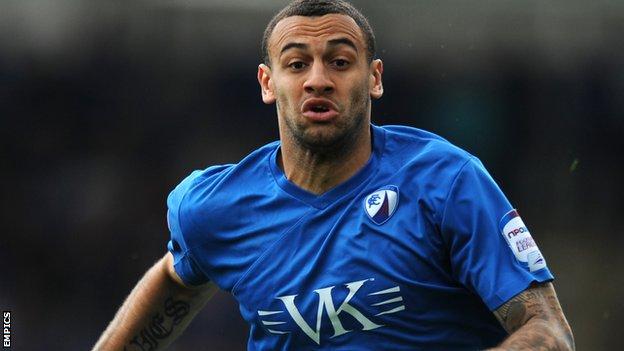 Wycombe Wanderers have signed forward Dean Morgan on a short-term contract until January.

The 29-year-old was a free agent after being released by Chesterfield at the end of last season.

"Dean is a very good player and has always played well against us," boss Gary Waddock told the club website.

"In recent weeks we have lacked creativity and a goalscoring threat, so we needed to address that by creating competition up front."

Morgan, who can play in a central role or on the wing, began his career with Colchester before moving on to Reading and Luton.

A spell with MK Dons followed before he joined Chesterfield ahead of the 2010-11 season, in which they won promotion to League One.

He scored twice against Wycombe in a 3-2 defeat at Adams Park last December but ended the season on loan at Oxford United.

Morgan played a trial match for Wycombe in midweek and could now make his debut against Chesterfield on Saturday.