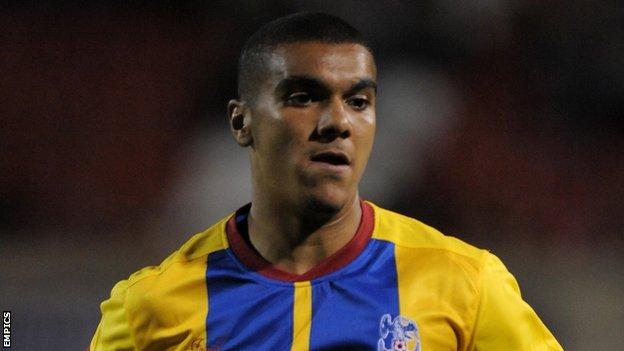 The 22-year-old forward joined from Crystal Palace this week.

Holdsworth told BBC Surrey: "He's a quick player who scores goals and is looking for the opportunity to play in the first team somewhere.

"He's an exciting prospect and he comes with a real hunger to do well. Hopefully he'll come and set the world alight for us."

He added: "[Crystal Palace assistant manager] Lennie Lawrence is someone who I respect highly in the game and Kwesi was one of the players he recommended to me to have a look at."

Holdsworth has defended the decision to bring in Appiah on a one-month deal.

Shots striker Guy Madjo joined Plymouth on a one-month deal on Saturday, while Reece Connolly is at Farnborough and Bradley Bubb is on a season-long loan at Woking.

"We felt it would help Guy Madjo and Reece Connolly to both go out to get game time and re-capture the form which will get them into the starting line-up," Holdsworth continued.

"I've had five games, pre-season and every day in training to look at situations.

"I'm looking for players to have form. In all honesty, I've not seen it.

"When a player is becoming frustrated, we get them out to have game time."

Appiah, who joined the Eagles in January from non-league side Margate, hopes he can impress during his spell at the EBB Stadium.

"As long as I get a good run of games under my belt I am sure I will score a lot of goals," he told BBC Surrey.