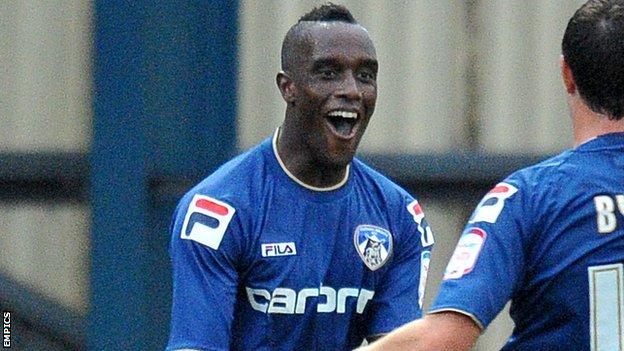 Oldham Athletic's Jordan Slew has been ruled out for a minimum of 12 weeks with a stress fracture of his back.

The striker, who is on loan from Championship side Blackburn Rovers, has scored one goal in four appearances for the Latics.

The 20-year-old will return to Rovers for treatment but remains an Oldham player until January unless recalled.

Meanwhile, midfielder James Wesolowski is back in full training after recovering from a torn hamstring.