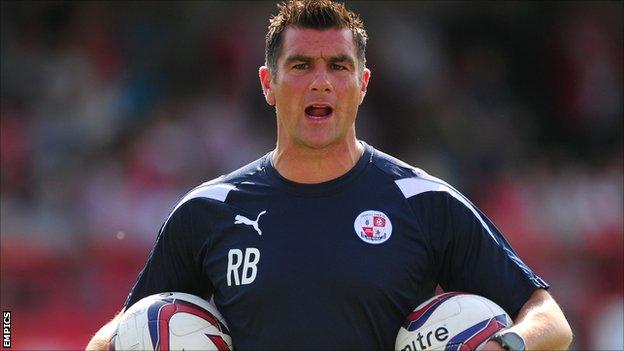 Bury's board of directors will meet later this week to form a shortlist of candidates to replace Richie Barker as manager of the League One club.

It is more than a month since

Peter Shirtliff will be interviewed, despite Bury failing to win a match whilst he has been in caretaker charge.

League One matches only

"Peter will be a part of the interview process and will remain in charge of first-team affairs for the immediate future," read a statement on Thursday.

"The board of directors are currently assessing the full range of CVs from potential managers that have applied for the position of manager at Bury.

"The chairman [Brian Fenton] has asked that all directors read them and present thoughts at a meeting later this week.

"At this point, a shortlist will be drawn up and the search for a new manager will either move to interview stage or a potential manager will be offered the role."

In his first full season in charge, Barker led the Shakers to 14th position in League One.

But the club have managed just two points from their first five league matches this season and also lost in the first round of the Capital One Cup to Middlesbrough.