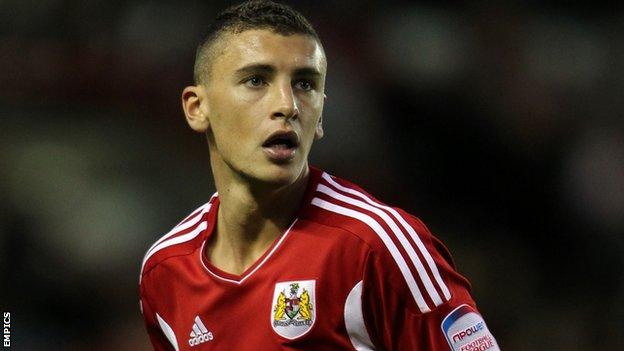 City boss Derek McInnes has said he is willing to let the 23-year-old defender leave on loan in order to gain first-team experience.

Johnson worked with Wilson during his time at Ashton Gate and told BBC Somerset: "There's a sheet that's gone out to say he could be available.

"He's a good player and is one to keep an eye on."

Wilson, who captained Wales at Under-19 level, came through Bristol City's academy and is contracted at the club until 2014.

He has made 28 appearances for the Championship outfit and has also spent time out on loan at Brentford.

McInnes has also confirmed former Yeovil loanee Joe Edwards would be allowed to leave on a short-term deal, but Johnson has stated he is unlikely to bring back the 21-year-old defender to Huish Park.