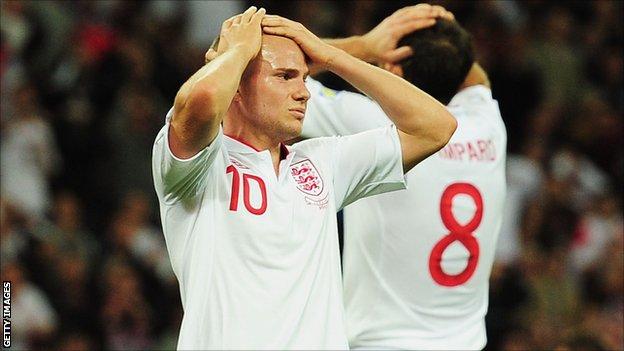 Cleverley, 23, impressed in England's first World Cup qualifier in Moldova but struggled to have the same impact against Ukraine at Wembley on Tuesday.

"He had a few injuries in his early days, but he's got to a level now where he needs to get games under his belt."

Cleverley has made only 12 competitive starts for United, while he was only winning his third senior cap against Ukraine.

His performance in Moldova drew praise from England boss Roy Hodgson, but the former Leicester, Watford and Wigan loanee was unable to match that display on Tuesday, missing three excellent first-half opportunities to score.

Butt, who played 387 times for United and has 39 England caps, told BBC Radio Manchester: "Tom can be a great player. His ability is there for everyone to see.

"He's a phenomenal young footballer and he's at the right club to develop, with the right manager, the right coaches and the right players around him.

"He's one of those players who can go on to great things but he needs a good run in the team and to get used to playing week in and week out for a massive club."