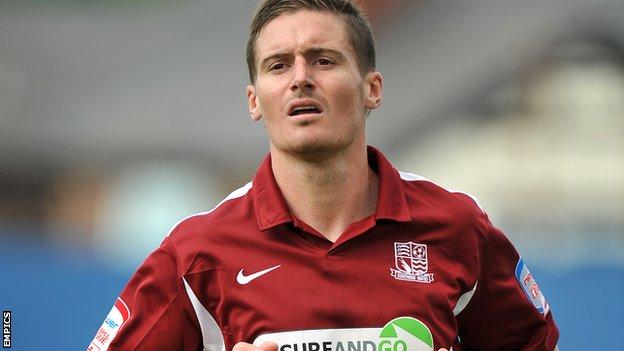 Southend striker Barry Corr expects to return to full training this week after being out of action for over a year.

The 27-year-old missed the whole of last season because of a knee problem and then suffered a groin strain during preparations for the new campaign.

"I've been running and doing ball work for a little while so the next step is to back in to full contact training," he told the club's website.

Corr scored 21 goals in 2010-11 after joining the Shrimpers from Exeter.

"Nobody wants to be on the pitch more than me and I'm desperate to be back out there again.

"Because of that I tried to come back from the groin injury too soon and ended up making it more serious which was a mistake.

"I've learnt my lesson from that though and now it's about building up my fitness which might take a little while because I didn't have much of a pre-season," he said.

If he does not suffer any further setbacks, Corr hopes to be in contention for a place in the squad for the game against Exeter on 22 September.