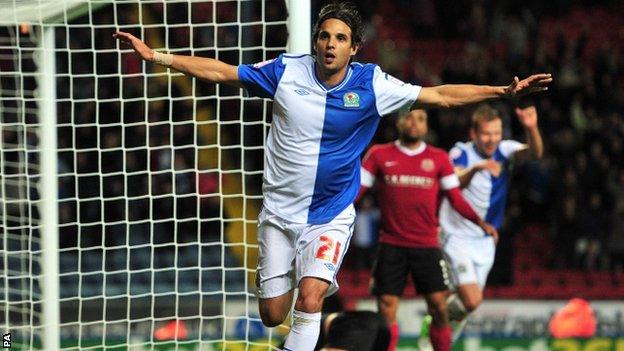 Nuno Gomes scored his fourth goal in as many games to hand Championship leaders Blackburn victory over Barnsley.

The 36-year-old converted fellow substitute and Portuguese Fabio Nunes's cross from inside the six-yard area.

Jacob Mellis gaves the Tykes the lead when he fired into the top corner from 12 yards.

It is their best start to a league campaign since 1994.

Blackburn's defence had to stay alert all night. Their keeper Paul Robinson made a great save to keep out Mellis's drive.

And the Blackburn shot-stopper came to the rescue again when he palmed away striker Craig Davies's effort.

It was Barnsley's fifth successive away defeat. Keith Hill's side lie in 17th place, with seven points from six matches.