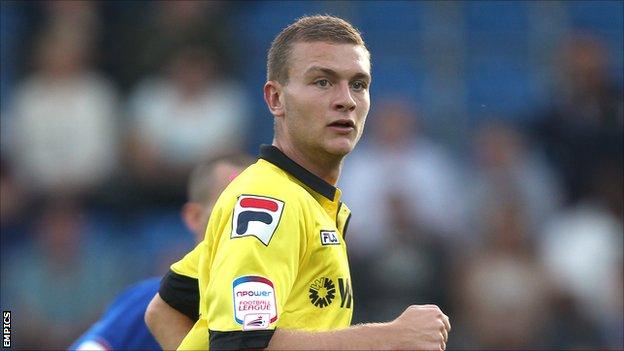 Middlesbrough defender Ben Gibson has extended his loan deal with League One side Tranmere Rovers until January.

The 19-year-old has impressed starting all eight matches for the Merseyside club this season.

Manager Ronnie Moore said: "Ben has been fantastic for us since he arrived. He's vocal, a leader and defends well.

"He's only young but he seems like he's been playing for years and I think he's got a very bright future ahead of him."

He continued: "He's settled in really well since he has been here and I'm delighted Tony Mowbray and Middlesbrough have agreed to extend his loan with us."

Gibson added: "I'm really happy to be staying. The lads and coaching staff have all been brilliant with me and the people behind the scenes have been fantastic. I've loved every minute of it."