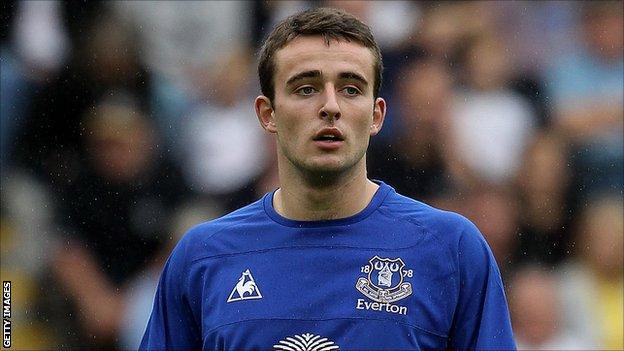 Notts' Andre Boucaud was sent off in the first half but they took the lead 37 seconds after the restart when Joss Labadie volleyed home from close range.

Derbyshire levelled after rounding the keeper to slot home before Robbie Simpson struck a penalty over the bar.

Jamal Campbell-Ryce put Notts ahead after his cross flew in before Baxter levelled from close range late on.

The result meant the Magpies equalled a 41-year record by going unbeaten away from home in the league in 10 consecutive games for the first time since 1971.

"It's very frustrating because we've had the majority of the play and the chances, and we've come away with a point.

"Yet again, we've shot ourselves in the foot with the two goals we've conceded.

"I'll never have a go at anybody for missing a penalty. Lots of better players have missed them before. Robbie's more disappointed than anybody with it.

"The debutants influenced the game. Matt scored, Jose Baxter came on to show everybody what a clever footballer he is, and it was good to get young Chris Sutherland on the pitch as well."

"I'm proud of the changing room because I think that result was built out of the spirit, the character, the determination and the willingness of the players to get a result.

"The approach, even when we went down to 10 men, was excellent.

"I'm not going to spoil it by talking about something that wasn't in our dressing room."