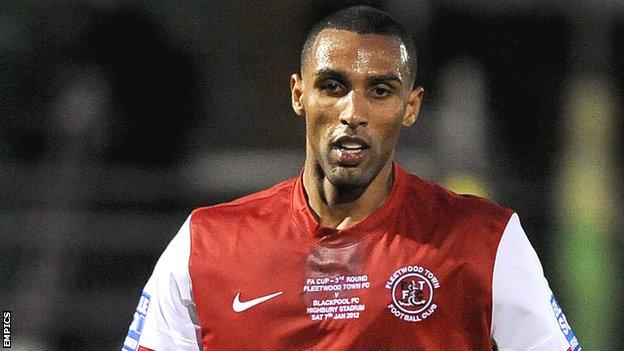 Grimsby earned themselves a closely-fought victory over Forest Green.

It was a quiet first half with no real chances of note and indeed it came as some surprise when the Mariners took the lead.

It was Nathan Pond who beat goalkeeper Sam Russell to Frankie Artus' cross and glanced in the winning goal for the home side.

Matty Taylor fired wide on the break for the visitors, and James Norwood's shot was well saved by James McKeown.

The defeat was Forest Green's first of the Blue Square Bet Premier season, while Grimsby picked up their third victory in four games.

"There was a bit of nervousness flying around the dressing room beforehand because we knew it was going to be a tough test.

"I didn't see either side scoring more than one (goal) the way it was panning out. That said, we've a couple of lads in our team who attack the ball very well.

"At this moment in time, or recently, there have been a lot of situations or scenarios where players might not agree with our decisions but it's playing out. They are valued players and they have to be ready."

"We just looked as if this was one game too far to go on and rescue.

"I'm really disappointed because I feel we lost it by not defending a free-kick. That's the only way I saw them scoring.

"We had some great chances to bury it, but if you don't take your chances then you don't win games."