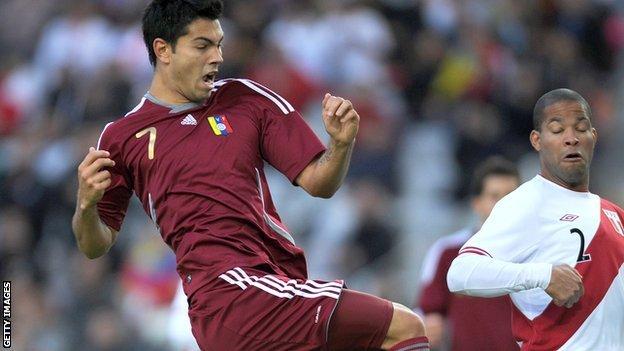 Getafe forward Miku has joined Celtic on a year-long loan, with the Scottish champions having an option to buy.

Celtic manager Neil Lennon said: "He is a powerful striker and he is a player we rate very highly.

"His goalscoring record in La Liga has been very good. It was a department we thought we were a little short."

Lennon revealed that he is hoping to bolster his striking options further and that appears likely to be a free agent.

"We are hoping to bring one more striker in, but that does not necessarily have to be done tonight," said the manager.

Miku, who was linked with a move to Michael Laudrup's Swansea City, scored 12 goals last season as Getafe finished 11th in La Liga.

He began his career with Valencia before joining Getafe in 2010.

Miku has also had loan spells with Alcoyano, Salamanca, Ciudad Murcia and Gimnastic.