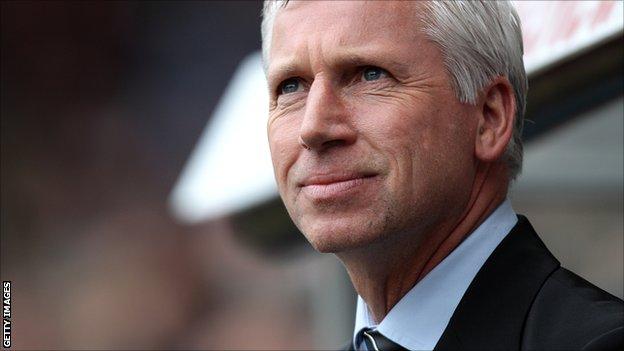 Newcastle boss Alan Pardew has called for future transfer windows to be closed before the season begins.

Pardew told BBC Newcastle: "It's unsettling and unsavoury and it needs to be eliminated.

"It's really not fair. The transfer window should be shut before we kick a ball and that way everyone knows where they are.

"If you can't do your business in the summer, then I don't know why because there is plenty of time."

But they have been victims of late transfer business before, selling striker Andy Carroll to Liverpool for £35m minutes before the deadline in January 2011.

Pardew added: "The reality is it (the transfer window) shuts on Friday night and we have to sweat right up to 12 o'clock. That's the type of club we are now.

"The top three or four teams have a massive advantage; they can even play with you and say they are coming for one of your players but then not actually [do so]. I'm sure that goes on."