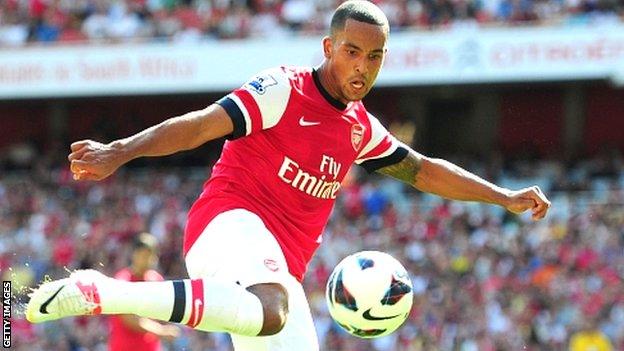 Arsene Wenger is confident Theo Walcott will remain at Arsenal, insisting the winger is not motivated by money.

He is not obsessed by money. I think Theo loves the club

The England player, 23, indicated he could leave by rejecting a five-year deal worth £75,000 a week.

But Wenger believes there will be a resolution and Walcott, with one-year left on his contract, will stay.

"He is not obsessed by money," said the Gunners boss. "There is just a little difference. We want to extend his contract. I think Theo loves the club."

Further talks are planned in the weeks ahead, with both parties having made a commitment to work towards a resolution.

He has scored 42 goals in 222 appearances and won 28 England caps during his time at the club.