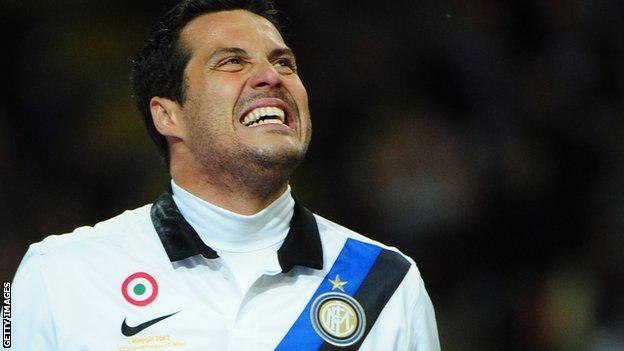 The 32-year-old, who has won 64 caps for his country, has signed a four-year deal at Loftus Road.

The Premier League club said the transfer would be completed later this week once Cesar received international clearance and was granted a visa.

"This is a really significant coup for the football club," said Rangers chairman Tony Fernandes.

He added: "Julio's track-record and standing within the game speaks for itself and we are delighted to have him on board to compete with Rob Green and the other keepers at the club.

"I think it shows our ambition that we've managed to attract a player of Julio's undoubted talent and class to Loftus Road.

"He's at the peak of his powers as a goalkeeper and I'm sure the Rangers fans are as excited as I am about seeing him play for us."

Hughes added he had not yet had chance to talk through the situation with the 32-year-old Green.

"Certainly I will sit down with Rob and go through it," said Hughes. "It is a challenge for everybody. What we're trying to do here is improve the quality of the group and that includes the goalkeeping position as well."

After QPR's 3-0 Capital One Cup victory over Walsall on Tuesday, Hughes said he was also hoping to sign another central defender before the transfer window shuts on Friday.