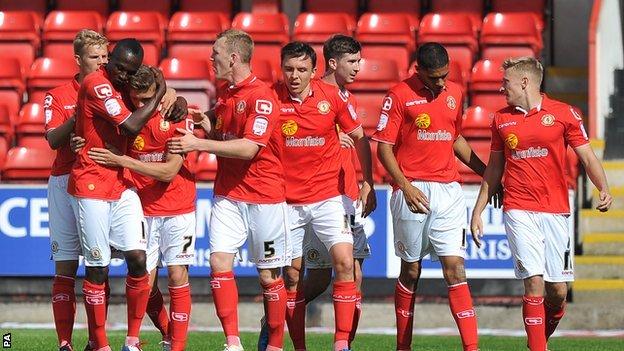 Max Clayton's first-half goal handed Crewe their first League One home win of the season at the expense of managerless, winless Coventry.

Clayton should have opened the scoring earlier than he did but he missed the ball completely with the goal gaping.

Carl Baker wasted City's best chance when he somehow headed over the bar after Kelvin Mellor failed to clear.

But Clayton did get the eventual winner when he tapped in following AJ Leitch-Smith's miscued shot.

"We had enough chances to win the game. We need a bit more quality in the final third and more concentration.

"They are working really hard. In terms of fitness, we looked a bit jaded in the first half. We played two hours on Tuesday in a game that was frantic and full of pace, and I think that took its toll, especially in the first half, until I brought some fresh faces on."