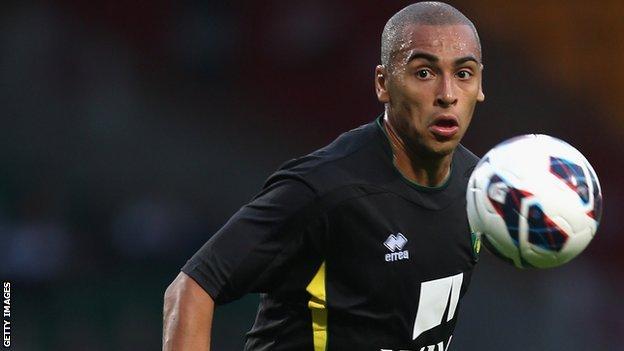 Huddersfield's James Vaughan scored a late equaliser but then missed an 83rd-minute penalty as the Terriers played out a thrilling draw away at Ipswich.

Vaughan's close-range finish drew the visitors level at 2-2 but he then saw his spot-kick saved by keeper Scott Loach and his follow-up attempt hit both posts before being cleared.

Adam Clayton fired the visitors ahead with a fine strike from 18 yards.

The hosts seemed set to take all three points despite trailing at the interval.

They had edged the first half and both Daryl Murphy and debutant Paul Taylor went close.

Murphy, who has returned to Portman Road on a season-long loan deal from Celtic, could only steer a glorious chance wide when he should have done better after great work by Lee Martin on the left flank.

And Taylor forced a good save from goalkeeper Alex Smithies after a fine run and shot.

But the hosts were made to pay when they failed to fully clear a corner nine minutes before the break and Clayton crashed the ball in from the edge of the box.

Home skipper Chambers levelled matters when he poked home his first goal for his new club after Murphy headed the ball back.

And Chopra produced a clinical finish to edge the hosts in front as he raced on to Martin's pass and netted past Smithies.

This time Huddersfield hit back, as the on-loan Vaughan was on hand to tap in a sweeping move.

But the game's main talking point came when Huddersfield's Jack Hunt tumbled under a challenge from Murphy.

Referee Mick Russell initially waved play on but awarded a penalty after consulting with his assistant.

Loach parried Vaughan's spot-kick straight back to the striker and, although Vaughan claimed his follow-up effort crossed the line as it hit both posts, Ipswich survived.

The result leaves both sides with five points from their opening four Championship matches.