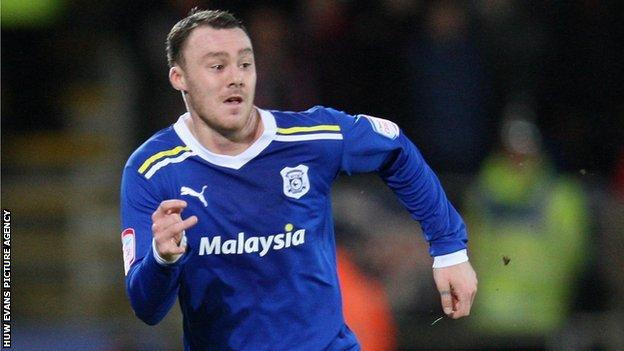 Cardiff City defender Darcy Blake could be set for a move to Crystal Palace.

The Wales international has a year left on his current deal but turned down a new contract earlier this month.

That sparked speculation that the 23-year-old might soon leave the Championship side.

A spokesperson for the Welsh club has confirmed to BBC Sport Wales that the Eagles are in talks with Blake, who can play anywhere in the backline or as a midfielder.

Blake has become a key figure in the Wales set-up under manager Chris Coleman but the Cardiff product has struggled to claim a starting place at his club.

Cardiff City have this week signed Queen's Park Rangers defender Matthew Connolly 24, who like Blake can play in a variety of positions.