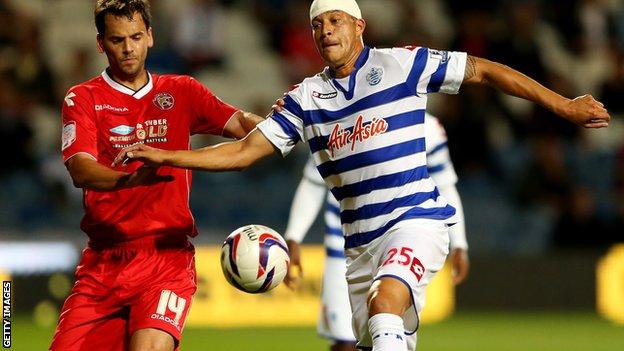 Jose Bosingwa scored his first Queens Park Rangers goal as they beat Walsall to seal their first win of the season.

Shaun Wright-Phillips had opened the scoring after a great pass by Bobby Zamora before William Grigg headed against the bar for the Sadddlers.

Zamora doubled the lead with a chip after Kieron Dyer's excellent through-ball, before Bosingwa broke his duck.

With a match at champions Manchester City on Saturday, it was vital Mark Hughes's side secured a morale-boosting win against League One opponents.

They broke the deadlock in the 29th minute, a clever pass by Zamora allowing Wright-Phillips to score with a brave sliding toe poke under pressure.

Walsall's cause was not helped by the loss of Adam Chambers to injury before the interval yet they gave the hosts a scare when Grigg rattled the woodwork with a header.

QPR doubled their lead when Dyer, making his first appearance since the opening game of last season, played a superb ball to Zamora, who found the net with a clever chip.

Bosingwa completed the scoring when he fired home from close range in the 84th minute.