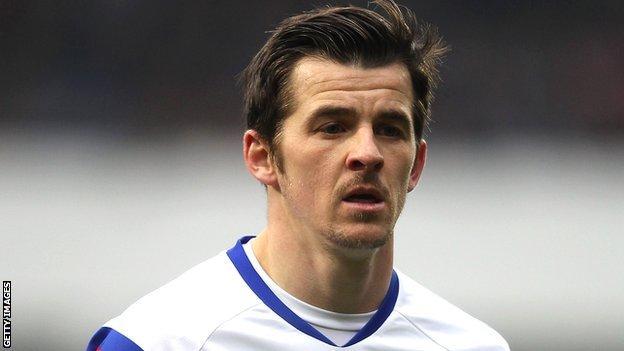 QPR will hold further talks with Marseille on Tuesday as midfielder Joey Barton moves closer to a season-long loan.

A deal has been agreed in principle, while the 29-year-old Barton, who is one game into a 12-match ban, is willing to move to the Ligue 1 club.

QPR are keen to bring Marseille midfielder Stephane Mbia to Loftus Road as part of the deal.

Marseille officials are in London as they look to formalise the move.

If completed, the Football Association will then decide whether the remainder of Barton's ban is served abroad or when he returns to England.

Barton was given his suspension after being sent off in the final match of last season against former club Manchester City.

He was also fined six weeks' wages by QPR, stripped of the club captaincy and left out of the pre-season tour of Malaysia.

Barton's number 17 shirt has already been given to QPR summer signing Ryan Nelsen.

He recently trained with League Two Fleetwood Town, but a loan move to the Football League newcomers collapsed.