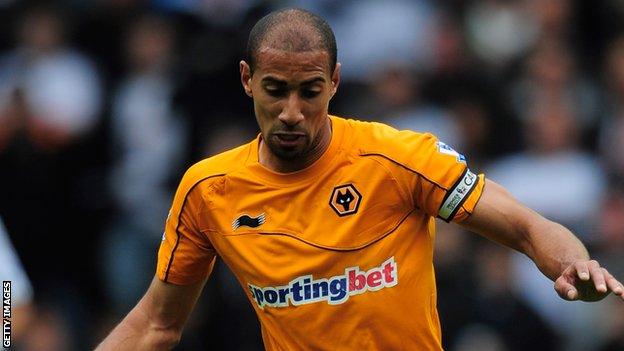 Henry, who joined Wolves in 2006 from Stoke, has since made 218 appearances for his hometown club.

The 29-year-old had two years remaining on his previous deal, but has extended his stay until 2016.

"There was interest from a couple of Premier League clubs so we are pleased that he is staying with us," boss Stale Solbakken told the club website.

"He wanted to stay, we wanted him to stay, and it is good that the club have added another two years to his contract.

"I think it gives Karl stability but also gives the club stability and shows that to the players who are here and others we may sign."

Meanwhile Henry, who will be eligible for a testimonial if he sees out the remainder of his new contract, was focused on the task in hand at Wolves following their recent relegation from the Premier League.

He said: "It has been a tough three years in the Premier League and maybe not as enjoyable as we all hoped it was going to be.

"There were some great moments of course but it has also been a real battle to stay up and last year we fell short.

"It's a bit of a re-build now but I'm happy to commit my future and be part of that re-building process."