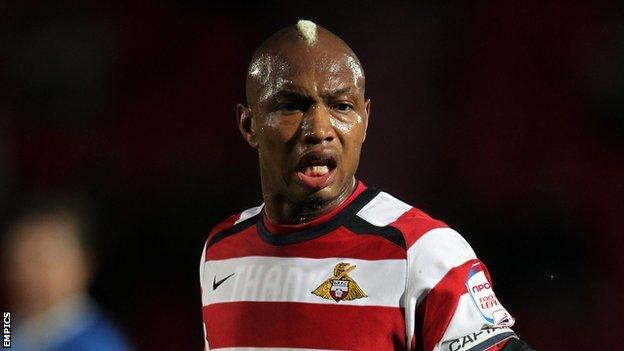 The Senegal frontman, 31, joined in time to be on the bench in Saturday's League Cup tie with Shrewsbury.

In January 2011, then-QPR boss Warnock was furious with Blackburn's Diouf for allegedly abusing Jamie Mackie when the forward was down with a broken leg.

Diouf left Doncaster in the summer following their relegation.

He has also played for Liverpool, Bolton, Sunderland, Blackburn and Rangers.