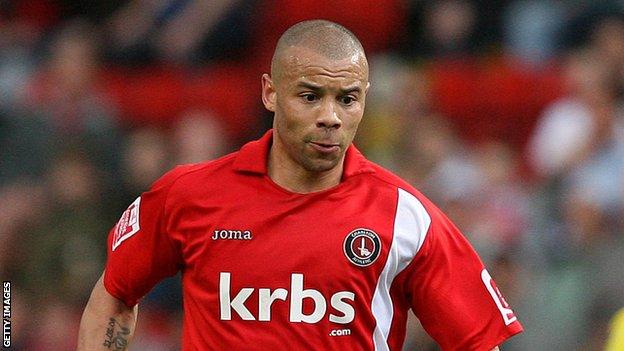 League Two side Gillingham have completed the signing of veteran striker Deon Burton on a one-year deal.

The 35-year-old joins on a free transfer after leaving Gabala FC in Azerbaijan earlier this summer.

Gills boss Martin Allen told the club website: "He's got a great attitude, he'll be good for our younger players and he will be good around the club.

"This has been going on now for a good few weeks and the chairman [Paul Scally] managed to pull it off."

The former Derby County and Sheffield Wednesday striker, who has won more than 50 caps for Jamaica, has not played in England since the 2009-10 season, when he scored 14 goals in 44 appearances for Charlton Athletic.

Allen says that the Kent club have beaten a League One side to Burton's signature.

"We have been after Deon for a few weeks whilst he's been training at a Division One club," he added.