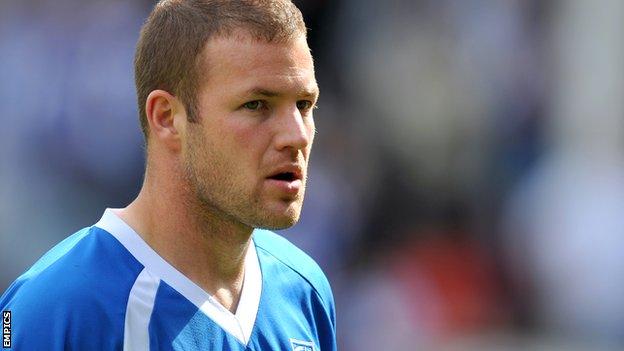 Alan Navarro scored twice on his debut to send Swindon through to the second round of the League Cup at the expense of his former club Brighton.

The visitors looked in control in the first half but were left stunned by a revitalised Swindon after the break.

The ex-Seagulls midfielder opened his account when he hooked the ball into the top corner, and made it 3-0 with a deflected shot over Tomasz Kuszczak.

"I couldn't ask for any more. It was a great performance from the boys.

"I'm not used to getting two goals in a game. It topped off a great night against my old team.

"It wasn't just about my goals; the whole team performed to a point where Brighton couldn't break us down.

"The gaffer told us to just keep believing we could win the game and that's what we did."