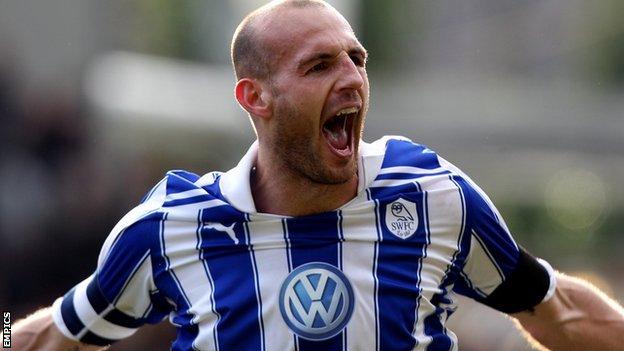 Doncaster Rovers defender Rob Jones is impressed by his new club's approach to the game.

Jones, 32, joined Rovers on Tuesday after being released by Sheffield Wednesday and played the full game in their 3-1 friendly win over Hull City.

"They want to get the ball down and play football the way it's meant to be," he told BBC Radio Sheffield.

"The movement of the front two and midfielders is excellent, so long may that continue."

He added: "Sheffield Wednesday, Charlton and Huddersfield all got out of this division playing football last season."

Jones, who scored an own goal on his Rovers debut, is confident he can be match fit in time for the start of the season. Rovers kick off at home to York City in the League Cup on Saturday, 11 August.

"I needed to get a full game in and I did feel a bit rusty," he continued.

"My sharpness and timing aren't there just yet but I still have a couple of weeks and more friendlies to get them back."