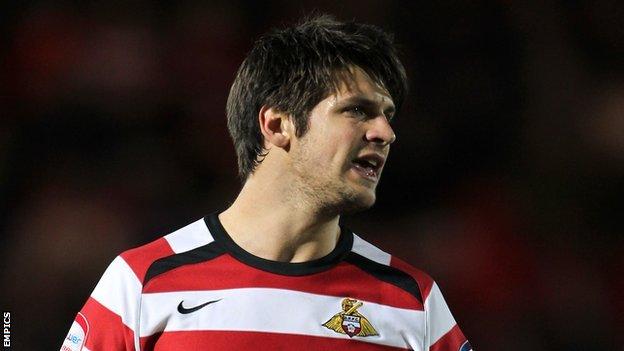 The 24-year-old, who can play full-back or in the centre of defence, has signed a three-year deal at the Riverside despite interest from other clubs.

"I think George will be a good signing for us," said boss Tony Mowbray.

"He's a versatile player who can play at centre-half and left-back. He's very athletic and very mobile."

He added: "George has all the attributes you look for in a player and he's going to create really good competition to get into our side."

Who is George Friend?

After battling against relegation with his former club last season, Friend is hopeful of ending the season at the right end of the league table.

"I took that into account when deciding to move here because my ambition is to help this club achieve promotion.

"It has been fairly crucial to make the right choice, and a big attraction was how the manager (Mowbray) likes to play football.

"I've seen what he has done at previous clubs and his teams like to pass the ball. I hope I fit into that category and I can't wait for the season to start.

"The manager has made some quality signings this summer and these are exciting times for Middlesbrough."