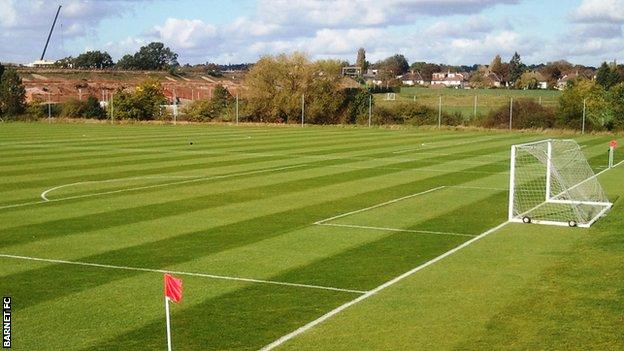 Barnet will play in Harrow from the start of the 2013-14 season after Harrow Council approved the club's bid to move to their training ground.

The Bees intend to swap Underhill - their home since 1907 - for a renovated, purpose-built stadium at their Hive training complex.

The ground will be built at the site at Camrose Avenue in Edgware.

The council have agreed a 10-year lease with the club to run from the start of the 2013-14 season.

Barnet announced earlier this year that next season would be their last at Underhill.

The deputy leader of Harrow Council, Thaya Idaikker, said the move was expected to have "tremendous social and economic benefits to the community".