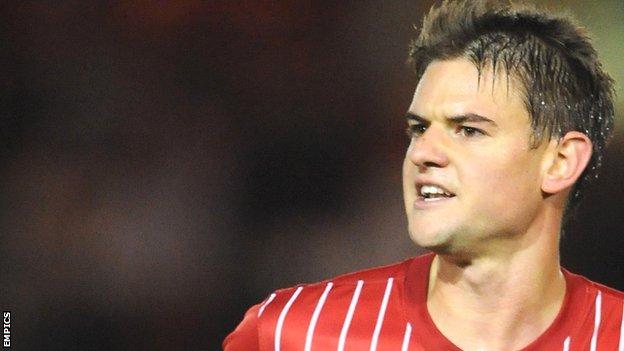 The Imps are understood to have rejected two bids from Blue Square Bet Premier rivals Cambridge United for the 22-year-old.

Holdsworth told BBC Lincolnshire: "I don't want to let him go at all. Sam knows it, I have told him.

"I hope he wants to stay, I really do. It won't be about football and I won't say any more about it."

Smith scored seven goals last season despite being out for almost three months with a foot injury.

Holdsworth added: "Trying to replace a striker at this stage is very, very difficult."