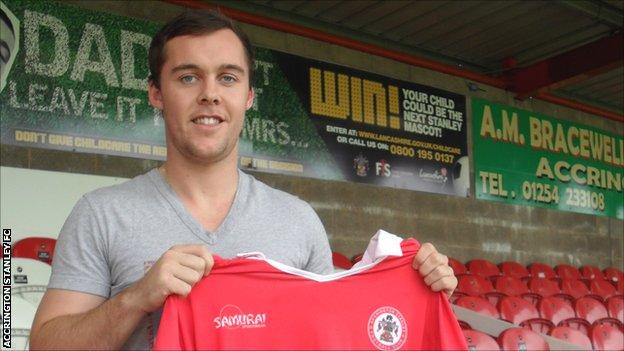 Liddle, who played 12 times for Stanley, has signed a one-year deal.

"I enjoyed my loan last year and I knew that all I wanted to do this season was get out and play first team football," said the 22-year-old.

"When I realised I wasn't going to get a chance at Sunderland, my first thought was to get back to Accrington."

Speaking to the club website, Liddle continued: "A lot of people have said to me that it's a step back, but sometimes you've got to take a step back to go forward. And for me it's not even a step back.

"From the reserves this is a step forward and it was an easy decision."

Liddle played just eight minutes of first-team football for Sunderland, as a substitute in an FA Cup tie against non-league Barrow in January 2010.