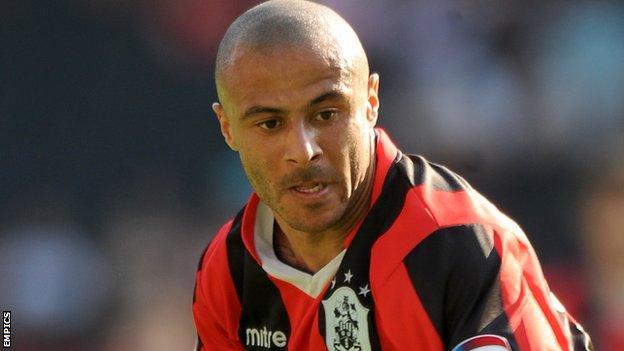 Danny Cadamarteri has been impressed by the standard within the Carlisle United squad since his arrival last month.

The 32-year-old made the Cumbrians the 11th club of his career after signing a two-year deal at Brunton Park following his release by Huddersfield.

"I was not surprised but delighted to be amongst such young talented players," he told BBC Radio Cumbria.

"It's refreshing for some of the older pros to be in amongst talented, refreshing, enthusiastic players."

He added: "There is so much ability in the young lads here, the likes of young (Liam) Noble and (Chris) Chantler as well have really impressed me with their abilities."

The former Everton trainee made 30 appearances last year for the Terriers as they won promotion to the Championship.

After starting his career as a striker, Cadamarteri has spent time switching from playing up front to on the wing, and is happy for boss Greg Abbott to continue to use him wherever he is needed.

"I've always said no matter where I've been I'm prepared to play in any position the manager wants to play me," he added.