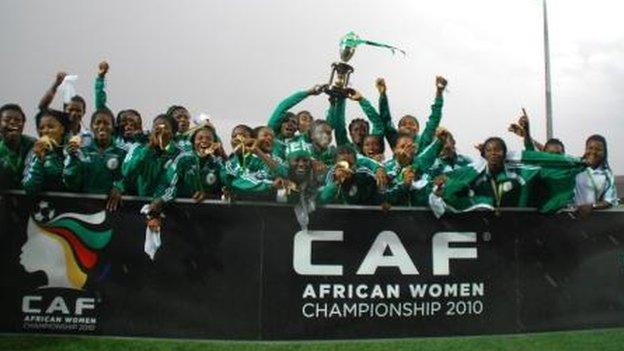 Defending champions Nigeria will have the chance to gain some revenge over Cameroon at the finals of the African Women's Championship later this year.

They were drawn in Group B on Tuesday by the Confederation of African Football with Ivory Coast and Ethiopia.

The Indomitable Lionesses beat the Super Falcons to reach the Olympic football tournament.

AWC hosts Equatorial Guinea will face the other Olympic-bound side South Africa as well as Senegal and DR Congo.

Nigeria have won the AWC six times and the only side to break their stranglehold on the event is Equatorial Guinea, who clinched the title on home soil in 2008.

The tournament will kick off on 28th October in Malabo with Equatorial Guinea taking on South Africa and that will be followed by Senegal against DR Congo.

The top two teams from each group will meet in the semi-finals with the final scheduled for 11 November at the Nouveau Stade in Malabo.