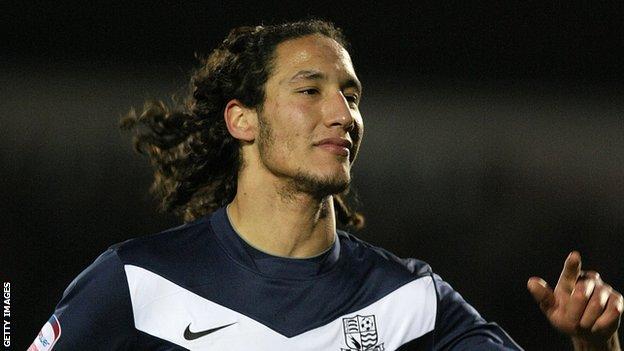 French defender Bilel Mohsni's future at Southend United is uncertain after he accepted a trial at an unnamed Premier League club next weekend.

The 24-year-old has not returned for pre-season training after being granted an extension of his summer break.

But boss Paul Sturrock said: "Bilal believes he can play at a higher level and has advised that he is very reluctant to return to Southend at all.

"He has ambitions to play at least in the Championship."

The Scot continued: "As a consequence, his agent has arranged for him to train with a Premiership club."

Mohsni joined Southend after impressing during a summer trial at Roots Hall in 2010 and has made over 50 appearances for the League Two club, scoring 18 goals, including a hat-trick against Barnet in April.

However, he has been sent off three times and his off-field behaviour has also caused problems for Sturrock.

In December last year, he took a train home from an FA Cup tie at Oldham after falling out with team-mates.

Three months later, he asked to be substituted during a defeat at Morecambe and again decided to return home by train.

He stayed away from the club for a month but then returned for the final games of the season and admitted that he was "disappointed" in himself.

"When I sign up for a team I try to finish the job and I know with this team I hadn't finished the job," he said in April.