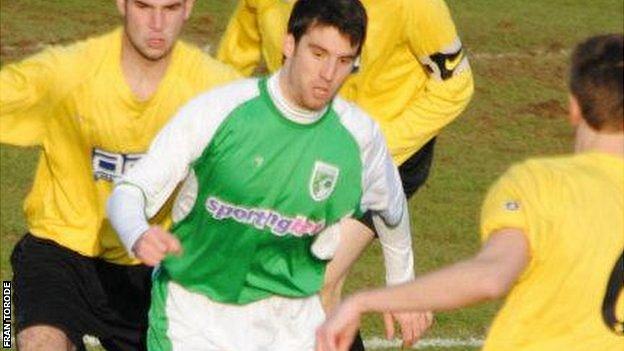 Allen scored a hat-trick in the Green Lions' friendly defeat against Exeter City and Fallaize is desperate to keep the forward at the club.

"Do I want to lose Ross Allen from Guernsey FC? We are all selfish, so I'm going to say selfishly no."

Guernsey have now played Poole Town as well as League Two Exeter in pre-season, and Fallaize believes the experience can only benefit his players.

"It's about getting pitch time and getting the boys to play against quality opposition to make quality decisions," he said.

"That's what we're in at this level, to improve that general pattern of play. Hopefully it will help sharpen the boys' fitness, but it's all about decision-making."