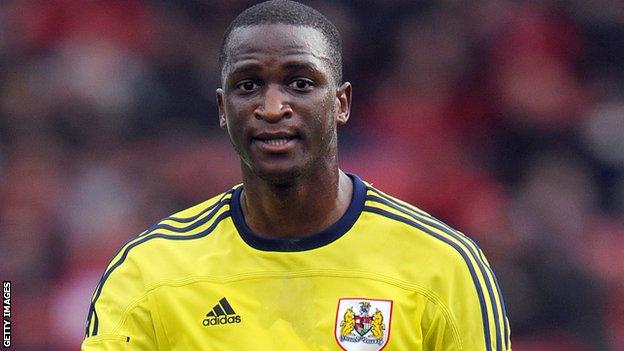 Cisse, 27, is searching for a new club after turning down the offer of a new contract at Ashton Gate.

The Mali international will now link up with Owen Coyle's side for their pre-season tour of Scotland.

"I had a call from Owen to say they'd be taking a look at him, and that was backed up by communication from his agent," City boss Derek McInnes told the club website.

"The door isn't closed to him here at Bristol City but it's looking increasingly likely we won't be working with him next season."

Cisse signed for Reading from Portuguese club Boavista for just under £1m in May 2007, when Steve Coppell was manager of the Royals.

Coppell then brought the France-born player to City during his short tenure in 2010. Cisse went on to make 62 appearances, scoring twice.