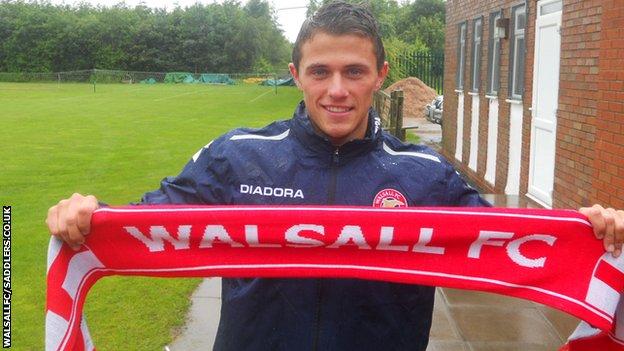 Walsall have re-signed Stoke midfielder Florent Cuvelier on a six-month loan and brought in former Rochdale defender Dean Holden on a 12-month deal.

Cuvelier, 19, spent the second half of last season on loan at the Banks's Stadium, making 18 appearances.

The Belgium Under-21 international recently signed a new deal with the Potters, but has been allowed to move on loan for first-team action.

Holden, 32, joined Dale permanently in January but was released in May.

On Cuvelier's loan move, Walsall manager Dean Smith said: "This signing is a big boost for us.

"He did extremely well for us and it's been an ongoing process since the end of the season where we've kept in touch with both Flo and Stoke City.

"It's a big compliment that Stoke believe that this is a good place for one of their up-and-coming talents to come and further his career in the game."